Did you know that the world’s first portable motion picture camera was a 12fps ‘Rifle’? I didn't.

"Here’s a fun piece of photographic/cinematographic history: the first ever portable motion picture camera was invented by a French scientist named Étienne-Jules Marey, and it was in the shape of a gun. Sort of a great grandfather to the the Mark III Hythe Machine Gun Camera used by the British during WWI to train aerial gunners, the Fusil Photographique (or “photographic rifle”) made its debut on the scene all the way back in 1882." 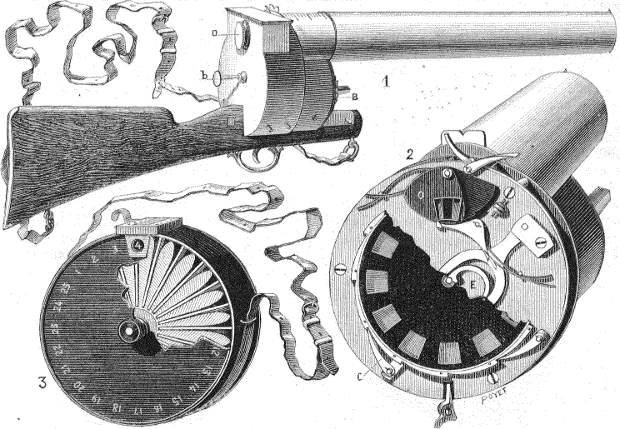 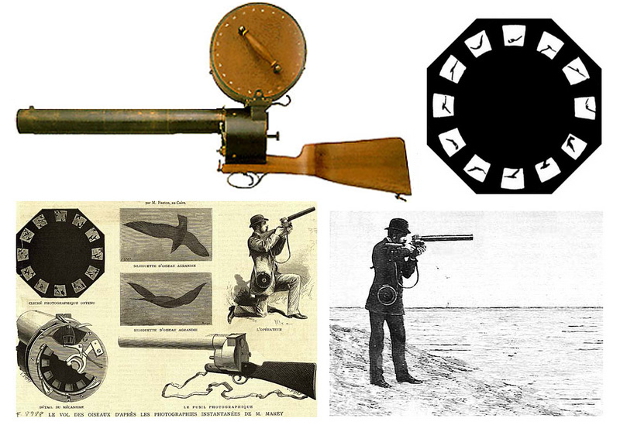