The World Has Gone Crazy ... Mumbai

Go to the website Help Mumbai. All information on one site 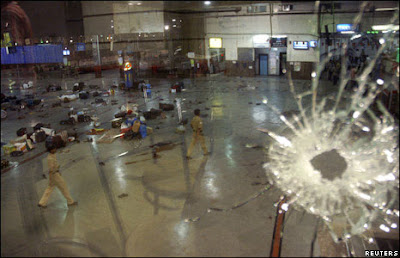 Posted by Sylvana Knaap at 17:00 No comments: 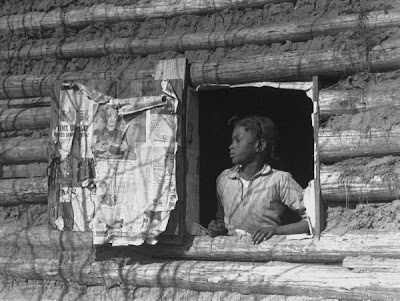 Search millions of photographs from the LIFE photo archive, stretching from the 1750s to today. Most were never published and are now available for the first time through the joint work of LIFE and Google.

Click here for more
Posted by Sylvana Knaap at 07:24 No comments:

I got this today from a friend by e-mail ... there are some nice things in it:

In the 1400's a law was set forth in England that a man was allowed to beat his wife with a stick no thicker than his thumb. Hence we have 'the rule of thumb'

Many years ago in Scotland a new game was invented. It was ruled 'Gentlemen Only...Ladies Forbidden'...and thus the word GOLF entered into the English language.

The first couple to be shown in bed together on prime time TV was Fred and Wilma Flintstone.

Every day more money is printed for Monopoly than the U.S. Treasury. (Note: That's because credit cards may not be used in Monopoly.)

Men can read smaller print than women can; women can hear better.

In Shakespeare's time, mattresses were secured on bed frames by ropes. When you pulled on the ropes the mattress tightened, making the bed firmer to sleep on. Hence the phrase ... 'goodnight, sleep tight'.

It was the accepted practice in Babylon 4,000 years ago that for a month after the wedding, the bride's father would supply his son-in-law with all the mead he could drink. Mead is a honey beer and because their calendar was lunar based, this period was called the honey month, which we know today as the honeymoon.

In English pubs, ale is ordered by pints and quarts... So in old England , when customers got unruly, the bartender would yell at them 'Mind your pints and quarts, and settle down.' It's where we get the phrase 'mind your P's and Q's'

Many years ago in England, pub frequenters had a whistle baked into the rim, or handle, of their ceramic cups. When they needed a refill, they used the whistle to get some service. 'Wet your whistle' is the phrase inspired by this practice.

Only two people signed the Declaration of Independence on July 4th, John Hancock and Charles Thomson. Most of the rest signed on August 2, but the last signature wasn't added until 5 years later.

It is impossible to lick your elbow.

The State with the highest percentage of people who walk to work: Alaska

The average number of people airborne over the U.S. in any given hour: 61,000

Intelligent people have more zinc and copper in their hair

The first novel ever written on a typewriter: Tom Sawyer.

The San Francisco Cable cars are the only mobile National Monuments.

Q. Half of all Americans live within 50 miles of what?
A. Their birthplace

Q. Most boat owners name their boats. What is the most popular boat name requested?
A. Obsession

Q. If you were to spell out numbers, how far would you have to go until you would find the letter 'A'?
A. One thousand

Q. What do bulletproof vests, fire escapes, windshield wipers, and laser printers all have in common?
A. All were invented by women

Q. What is the only food that doesn't spoil?
A. Honey

Q. Which day are there more collect calls than any other day of the year?
A. Father's Day

At least 75% of people who read this will try to lick their elbow!

YOU KNOW YOU ARE LIVING IN 2008 when...
1. You accidentally enter your PIN on the microwave.
2. You haven't played solitaire with real cards in years.
3. You have a list of 15 phone numbers to reach your family of three.
4. You e-mail the person who works at the desk next to you.
5. Your reason for not staying in touch with friends and family is that they don't have e-mail addresses.
6. You pull up in your own driveway and use your cell phone to see if anyone is home to help you carry in the groceries.
7. Every commercial on television has a web site at the bottom of the screen
8. Leaving the house without your cell phone, which you didn't even have the first 20 or 30 (or 60) years of your life, is now a cause for panic and you turn around to go and get it.
10. You get up in the morning and go on line before getting your coffee.
11. You start tilting your head sideways to smile. :)
12. You're reading this and nodding and laughing.
13. Even worse, you know exactly to whom you are going to forward this message.
14. You are too busy to notice there was no #9 on this list.
15. You actually scrolled back up to check that there wasn't a #9 on this list.
Posted by Sylvana Knaap at 22:36 1 comment: 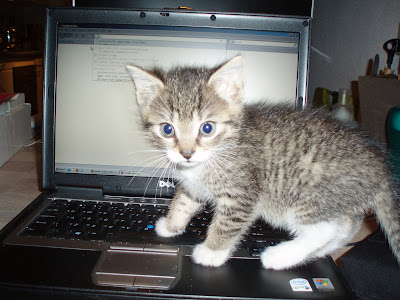 Sorry people out there. Thought I could do the moving in 1 week & go on living again ... well, FORGET IT!!!! No internet yet, working with a Web'N'Walk Stick from T-Mobile, boxes everywhere and, wrong timing, a new room mate Cookie, a kitten from 7 weeks old, not afraid for any one, any thing :(((. But too cute!!!!!!!!

As soon as I have connection to the interwebs again I will blog again
Posted by Sylvana Knaap at 08:54 No comments: