Only Because Of These I Would Start Drinking Tea

I'm a coffee person. I only drink huge glasses of tea in the winter, ginger, camomile, turmeric ... that's it. But I love these offensive teacups by Miss Havisham. 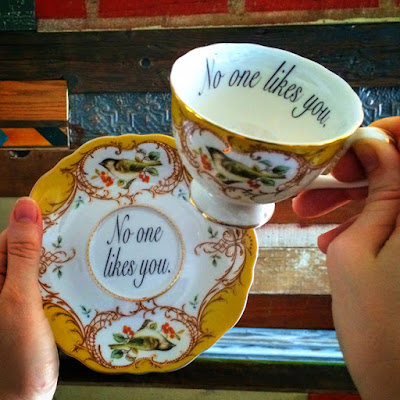 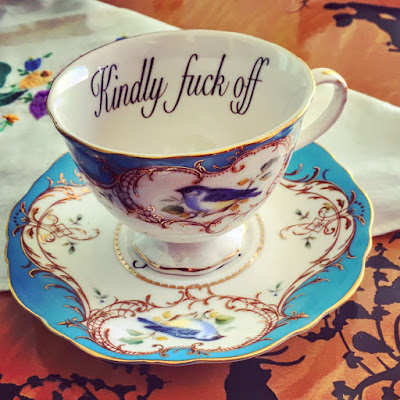 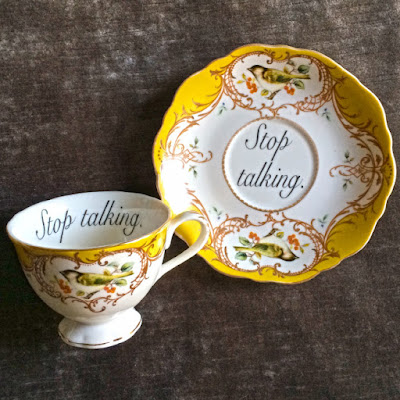 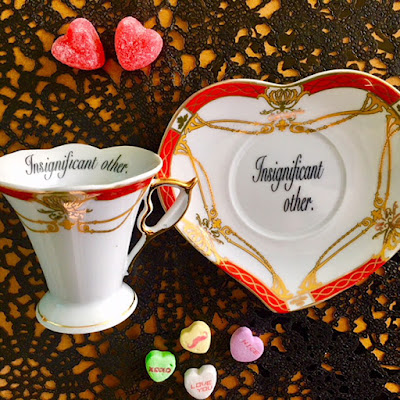 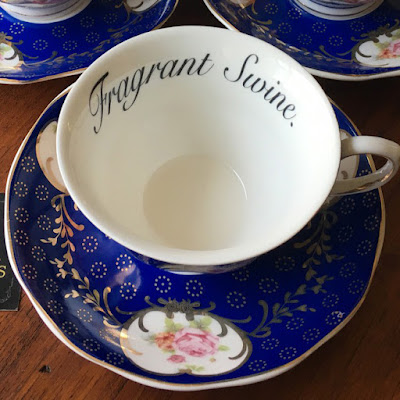 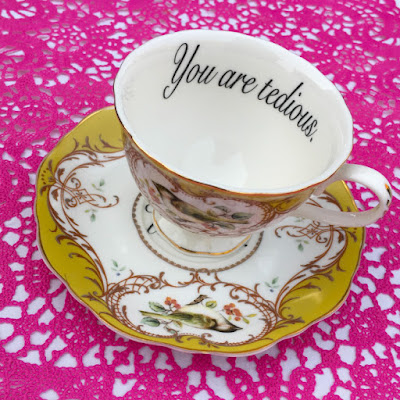 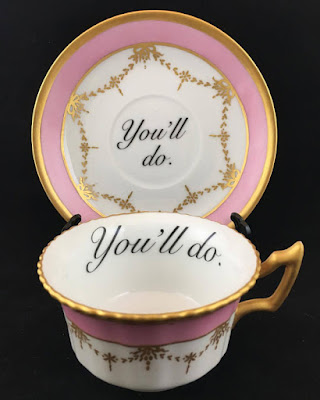 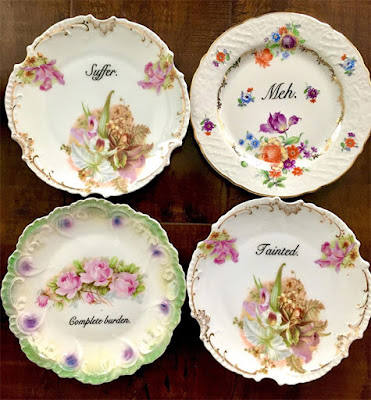 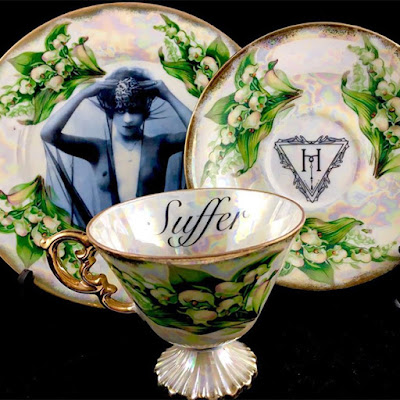 Posted by Sylvana Knaap at 17:24 No comments:

The Absurdity Of Brands

Project 'Wheat is Wheat is Wheat' by Peddy Mergui, shows the absurdity of brands. See what happens when you put food in designer packaging. Long live the worldwide consumer culture. 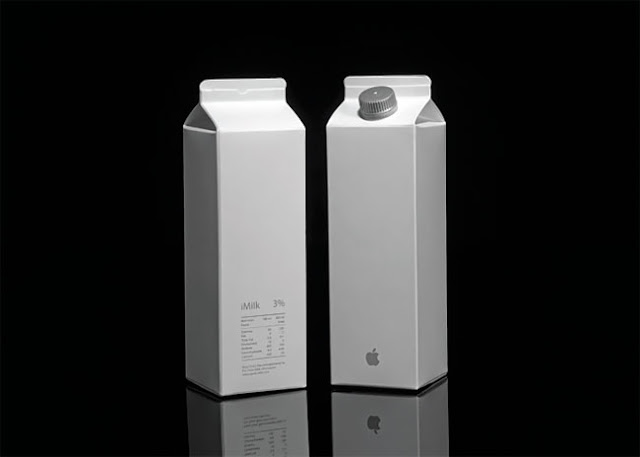 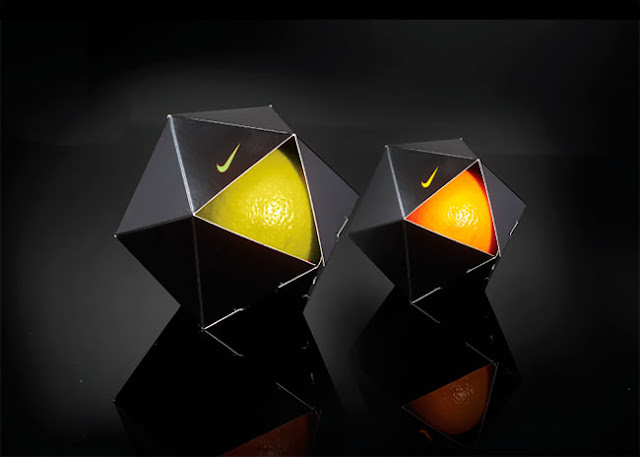 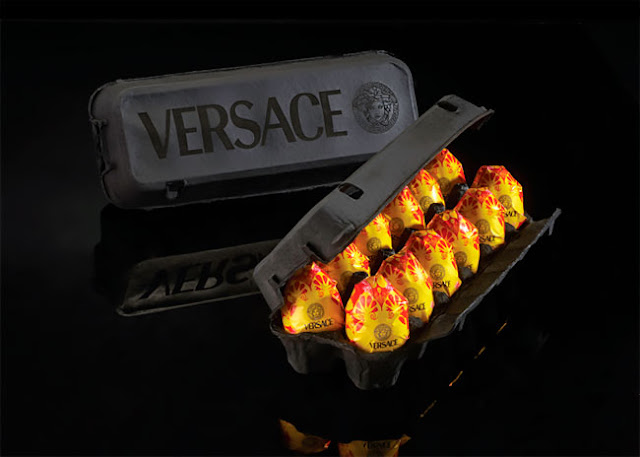 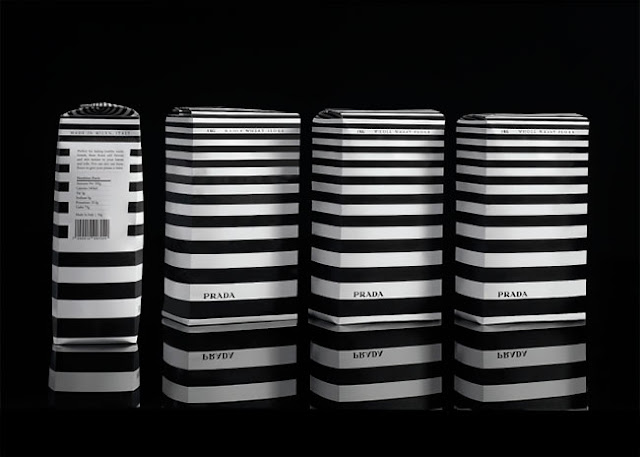 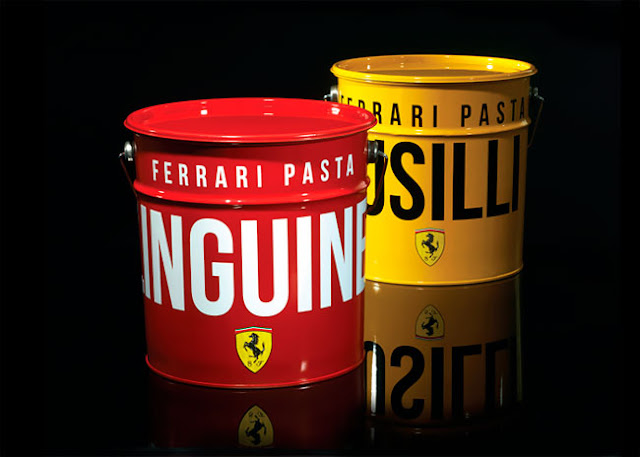 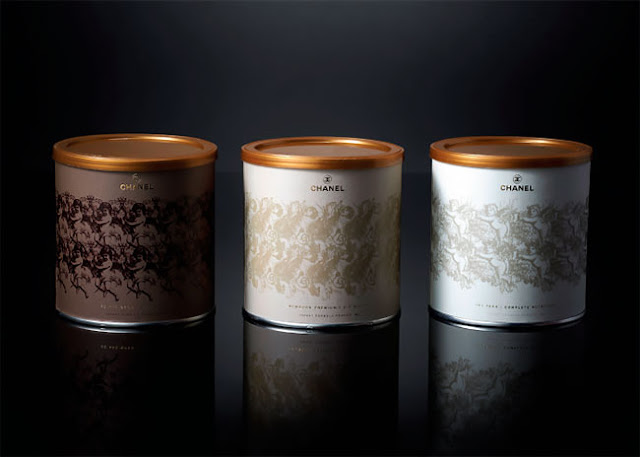 Salt and pepper by Hermes: 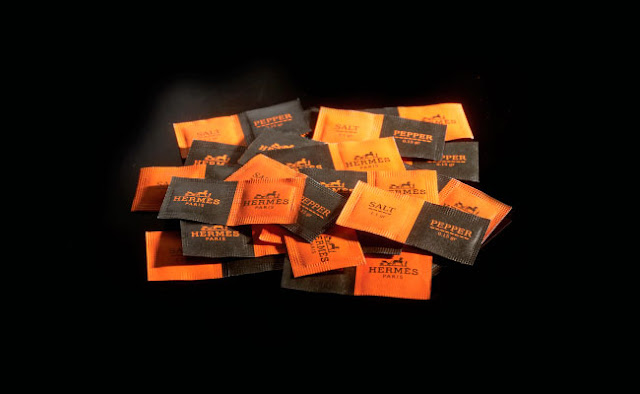 Via
Posted by Sylvana Knaap at 21:27 No comments:

Growing up with a borderline mother - Walking on egg-shells

I grew up with a borderline mother. It's public now. She passed away a couple of years ago. I didn't cry. I was relieved. I write this on her birthday, December 25th. Don't panic now, I won't go into details. Google 'borderline mother' if you want to know more.

Growing up with a borderline mother is like walking on egg-shells. It's a very unsafe situation. I'm not angry with her, I don't blame her ... it is as it is. The person I am now is her legacy.

I'm still single.
I often had difficult relationships which were unsafe for me. Typical, it's the only situation I know, unsafe situations. Fear of commitment. This combined with my HSP personality is killing for a relationship.

I have a self-esteem of minus 10000.
My mother divorced my biological father: "You are like your father, he couldn't love also".
You're ungrateful, you have to dress your age, you look terrible in high heels, everybody is looking at you (negative), et cetera et cetera. Meaning: you don't live your life like I see fit.

I doubt myself.
Whatever someone does to me I end up blaming myself.

I don't like the month of December.
Because it was her birthday. Always stress. Always adapting to her. Checking how she feels, in what mood she was. Trying to rescue awkward situations.

I was a rebel. So on one end I adapted to keep the peace. Till I left home I walked around in clothes she liked. On the other hand after I left home I did what I want. This caused a lot of fights between me and her.

I always take care of other people, I don't take care of myself.
I have often too much empathy.
I have a ridiculous sense of justice.
I have difficulties with excepting compliments or help.
Being treated as a number, or being treated without respect makes me furious.

Am I afraid that I'm borderline too? No. Because I know what it is to live with someone who is borderline. I'm very conscious about that with everything I do. The needle is going the other way, often too far the other way.

I have a daughter myself. She's 21 now. My mother was a real grandmother till my daughter was about 7, 8 years old. From that moment on I had to protect my daughter from her. The only thing I can wish for is that I did a better job.
Posted by Sylvana Knaap at 14:45 No comments:

Your child and the dangerous Internet

I was reading this post just now: Best 5 Tips On How To Protect Your Children On The Internet. And had to think about the time my daughter was young.

She was 3 when she sat at my computer, educational games (Robbie the Rabbit), when she was about 6, 7, I game myself a Gameboy and told her this was mine but she could ask if she could use it. This worked.
When she was about 10 years old I allowed her to have an account on the Dutch social media Hyves, because most of the kids in her class had one. But ... she had to accept me and a couple of friends of mine as friends, to keep track on what she was doing (yes, she knew). One boy asked her to switch to MSN, with which I had very funny experiences, so I said no. There's also a chat tool on Hyves. I also showed her what happened and could happen when I would receive a weird message from a man.
She was at that time bullied by one of her 'friends'. I figured out (with an okay from my daughter) who it was, called the parents and (surprise) nothing happened. Asked her father when he picked her up from school to confront the boy, but the latter laughed in his face. So I put a message on his newsfeed. Solved!
After she came back from a language course in the UK, Cambridge, she was allowed to have a Facebook account.

The funny thing is, that whenever something happened she came running downstairs to ask what it was (a website, a message ...). And I would explain. I noticed that most parents, and most teacher didn't know enough about social media, mobile phones, what kids would do with it. Scary!

She first used an old desktop computer from my work, a friend installed Kubuntu (because I forsaw weird clicks and virusses) .. in English (sorry, computers and mobile phones need to be in English). And later she had her own laptop. She turned out to be a gamer. Problems? No! If I told her to quit the game, she - finally - would quit the game. Finally ... a couple of times I would take all cables in my bag to my work.

I realize that it also depends on the character of your child. On the other hand, there were always a lot of kids running around in my house, but I made sure they knew the rules. No bashing groups of people: no "it's so gay", "mongol", making fun of for example Moroccon people. If they did they had to leave. They knew that a lot of things were allowed, but they also knew I had eyes everywhere :). And if something happened, no problem, back to the beginning: no computer allowed anymore. And believe me, this didn't stay with a threat. 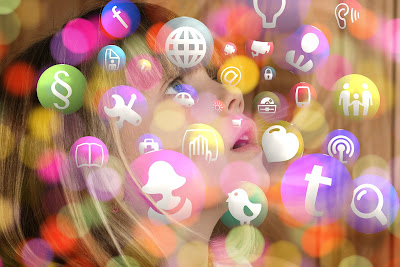 Be honest, transparent, clear and consequent. But what I've noticed is that parents don't want to be bothered with these kind of things, as long as the kids are quiet. And parents and teachers don't take the time to check what's going on in the world of their child. What is popular, what are kids doing, what do they find intriguing et cetera.

I agree, it was very tiresome, especially as a single fulltime working mother, but it's what you have to do as a parent nowadays. The result is: I have a strong, independent daughter who uses her own brains.
Posted by Sylvana Knaap at 12:15 No comments:

'The Self-Care Calendar for Festive Season Survival' - I NEED!

I'm the Grinch, I hate the month of December. Why?

- Probably my youth. My mother forced to be merry. December 25th was her birthday, so we always 'celebrated' Sinterklaas, December 5th. On top of this I had a lot of birthdays in December.
- I have problems with forced celebrations. I will celebrate May 2nd ... August 13th ... whatever.
- I don't like the cold dark weather.
- I hate the fact that all of a sudden even the biggest asshole is 'nice & giving'.
- I love music ... I hate Christmas songs.

"According to research, 59% of people admitted to feeling sad during the holiday, while 55% lacked motivation or energy and 51% said they were fatigued. With the pressure to feel merry seeming to increase with each passing December day, it can be easy to feel overwhelmed and forget some of the keys to contentment and well-being."

Result: I survive the month of December. I'm a perfect collegue at work, I never take days off.

So if you would ask me 'What are you going to do with Christmas'? My answer will be: 'Sit on the couch with a nice bottle of white wine or a glass of whisky watching Netflix'. 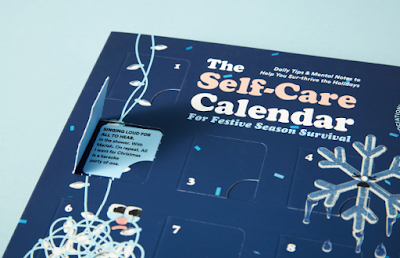 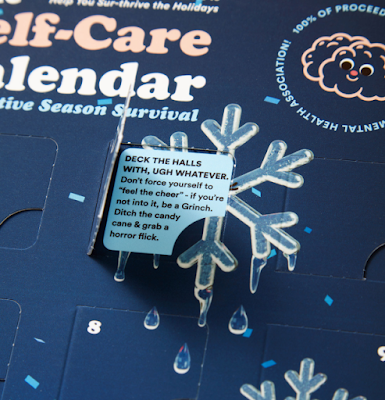 Posted by Sylvana Knaap at 10:50 No comments: